"Anita Catarina Malfatti (December 2, 1889 – November 6, 1964) is heralded as the first Brazilian artist to introduce European and American forms of Modernism to Brazil. Her solo exhibition in Sao Paulo, from 1917–1918, was controversial at the time, and her expressionist style and subject were revolutionary for the complacently old-fashioned art expectations of Brazilians who were searching for a national identity in art, but who were not prepared for the influences Malfatti would bring to the country. Malfatti´s presence was also highly felt during the Week of Modern Art (Semana de Arte Moderna) in 1922, where she and the Group of Five made huge revolutionary changes in the structure and response to modern art in Brazil." - (en.wikipedia.org 30.09.2019) 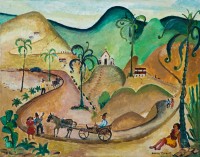 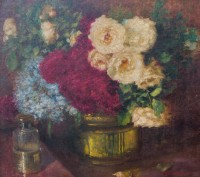 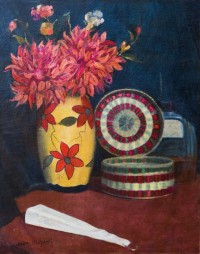